Why Mumbai is preferred for Medical Tourism?


The territory of Bombay Presidency which was retained by India restructured as Bombay State after the independence of India in the year 1947. After the former princely states joined the Indian union, the area of the Bombay state was increased as they were integrated into one state. It is presently called as Mumbai.

Mumbai or the old Bombay is the medical hub for tourism industry in India. Mumbai holds the large number of medical hospitals and centers that provides the best world class and economical medical treatments for local and as well as foreigners from the countries like United Kingdom, Middle East, United States of America, and Europe etc.

The Mumbai is well known for its expertise in the gynecological, cosmetic, orthopaedic surgeries. The major attractions in the field of medical industry in Mumbai are Oncology & Oncosurgery.

Mumbai has one of the best and wide public transport system in the country those are metro, mumbai suburban railway, transport buses, black and yellow taxis, auto rickshaws and ferries. The auto rickshaw operate only in the suburban areas of Mumbai while the taxis operates in whole Mumbai, mostly it is operated in South Mumbai

The official languages of India includes both the English and Hindi at the same time most people will understand at least one of either languages, or even a blend of both the languages which is known as the "Hinglish". And Marathi is also official language for the city of Mumbai and... 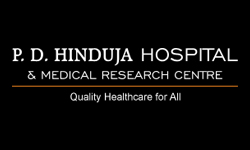 Parmanand Deepchand Hinduja, the founder of Hinduja group and Hinduja...

Gleneagles Global Hospitals Group is one of the most renowned healthcare...

SevenHills Group has over 2 years of experience in the sector of healthcare,...

A life-affirming journey was begun in January 2007 with the opening of...

The premier multi-specialty tertiary care hospital of India has been globally...

The existence of Wockhardt Hospital is the result of a 40-year tradition of...

Fortis Healthcare Limited, one of India's leading and acknowledged integrated...

"Jaslok Hospital, a private and complete multi-speciality hospital with 364...