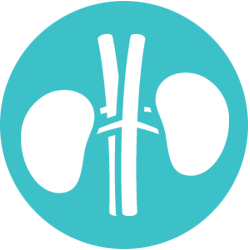 Best Transplantation Hospitals in India Request a call back

Transplantation The transformation of tissue or living organs from one part of the body to another or from one person to another is called as transplantation. Grafting and transplantation have the same meaning, though the term grafting is more generally used in order to refer to the transfer of skin. In the field of dentistry, transplantation refers to the insertion into a ready dental alveolus of a homologous or an autogenous tooth. It can develop a tooth germ from the same mouth, or from a frozen homologous transplant. Sometimes an emergency will require an organ to be transplanted from one place to another within the person’s body. Let’s say, kidneys have been relocated in order to enable them for continuing the proper functioning post the ureters have been damaged. Transplantation of an organ within the body is known as autotransplantation or an autologous graft which will require intricate surgery or otherwise it will make no particular problem. Surgeons in the field of eye have developed a procedure which is called as corneal transplantation or keratoplasty, in which all or portion of the diseased cornea which has become opaque will be removed and it will be replaced by healthy corneal tissue from an eye bank.